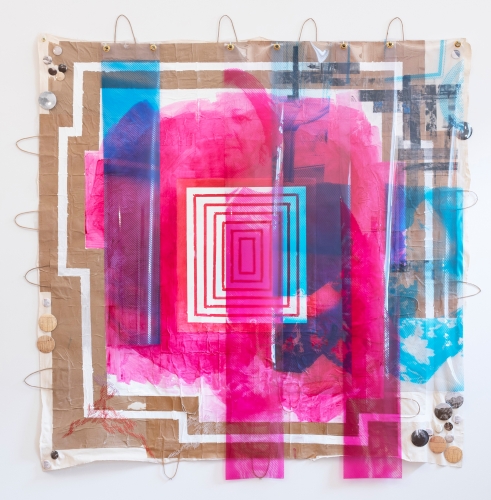 The Baltimore Museum of Art (BMA) announced today that it has added nearly 100 works to its collection this fall, with objects engaging all five of the museum’s curatorial departments. Among the new acquisitions are works by Zoë Buckman, Sonya Clark, Olafur Eliasson, Darrel Ellis, Doreen Garner, Samuel Fosso, Allen Frame, Tomashi Jackson, Zhang Kechun, Judith Larzelere, Ellen Lesperance, Nate Lewis, M. Joan Linault, William B. Meyers, Tanya Marcuse, Sir William Orpen, Joe Overstreet, Howardena Pindell, Ramsess, and Sanlé Sory. The museum also added 18 works by unidentified artists from Chad, Democratic Republic of Congo, Japan, Korea, and Nigeria, and a 19th-century Baltimore Album Quilt. Approximately a dozen of the works in the group were purchased with proceeds from the BMA’s spring 2018 deaccession from its contemporary holdings, including paintings by Firelei Báez and Ed Clark, a sculpture by Fred Eversley, and a video by Kota Ezawa. The fall 2019 acquisitions mark the final group to enter the BMA’s collection before it launches its 2020 Vision initiative, which includes a commitment to only purchase works by female-identifying artists in the coming year.

“We are thrilled to announce this latest slate of acquisitions to the BMA’s collection, which enhances our ability to tell the uniquely varied and layered narratives that exist across the history of art and into the present,” said Christopher Bedford, BMA Dorothy Wagner Wallis Director. “As we look to 2020 and beyond, we are excited by the opportunity to push the collection in new directions that further reveal the intricacy and depth of artistic production and to connect that creative output with the human experience.”

In spring 2018, the BMA deaccessioned seven works that represented redundancies within its contemporary holdings. The proceeds from the sale of these works are being used to purchase new works of art, produced from 1943 to the present day and with a particular focus on the work of female artists and artists of color. Today’s announcement includes the fourth group of works to come into the BMA’s collection with these funds, bringing the total number of acquisitions to 45 works. Among the previous acquisitions are works by Charles Gaines, Zanele Muholi, Wangechi Mutu, Senga Nengudi, Mary Lovelace O’Neal, Ebony G. Patterson, Trevor Paglen, Mary Reid Kelley, Faith Ringgold, Amy Sherald, Carrie Mae Weems, Jack Whitten, and Lynette Yiadom-Boakye.